Can you count to 50? Because Sesame Street is returning for its 50th season!

Yesterday, the Sesame Workshop, the nonprofit behind the show, made the official announcement. 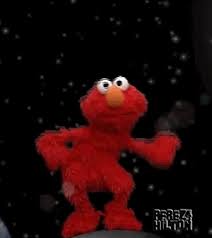 It will kick off on November 9th with a primetime special on HBO. The special will include guests like Patti LaBelle, Elvis Costello, Meghan Trainor, Norah Jones and Nile Rodgers.

The regular season kicks off on November 16, and over the course of the season the guests will include Charlie Puth, Maren Morris, Dave Grohl, Chrissy Teigen.

The first episode of Sesame Street aired on November 10, 1969.

After it airs on HBO, Sesame Street’s 50th Anniversary Celebration will air November 17th on PBS and PBS kids!

Who was your favorite Sesame Street character growing up?